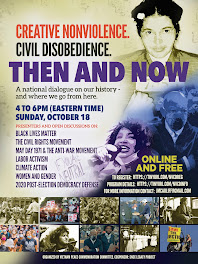 Each speaker will have ten minutes to summarize their sector, then three minutes to discuss possible application to the situation around the November election, and will participate in the breakout room to answer questions and respond to comments. Breakout rooms will be at least twenty minutes but the breakout moderator can extend them.   ( M = Breakout Moderator)

Creative non-violence and civil disobedience have been central to the success of US movements for social and economic justice and certainly are significant today.

We exist in a crisis culture with multiple forms of violence against our communities, most noticeably people who are Black, Hispanic, other people of color and those ensnared in poverty.  Health care, jobs, small businesses, housing, social safety nets and climate are also under attack.  Racially charged uncontrolled policing has unleashed protests across the nation and the world.

How should progressive activists respond?  How do we support and protect our nonviolent struggles from exploitation by provocateurs as well as deadly attacks, abuse and political manipulation?  How can we prepare for a potential post-election crisis?

Creative non-violence and civil disobedience were immensely powerful tactics of the Civil Rights Movement throughout the 1950's and 1960's.  They empowered the Vietnam peace movement from draft resistance, the March on the Pentagon, the Moratorium, the National Student Strike and return of medals by veterans to the unprecedented May Day demonstration in 1971 where more than 12,000 people were arrested.

Today we witness creative new forms of non-violent protest in the energy and fortitude of Black Lives Matter and the nationwide responses to shootings of innocents.   Forceful, but peaceful locally initiated marches, often incorporating civil disobedience, rally a new generation to oppose police brutality, and seek restructuring and reallocation of budgets.

Common to every non-violent struggle for justice, violent individuals and groups seek to exploit and discredit protests from within while authorities escalate attacks in response to provocations.

The death of Rep. John Lewis, eulogized by President Barack Obama, reminded all of us of his lifelong commitment to racial justice, using the creative nonviolence of “good trouble, necessary trouble.”  John Lewis’ example and multiple police attacks on people of color have only stimulated our resolve to end violence and racism once and for all - by non-violent means.  It can be done, if we combine efforts.

We want to reflect on -- and learn more about -- the power of non-violent civil disobedience at pivotal moments of US history.  We want to create a dialogue that will help us further imagine its potential for today, including for the uncertain post-election period.

We invite you to a Zoom webinar to discuss our varied experiences with non-violent struggle and civil disobedience and how it can most effectively resist internal and external threats.  Please join our Dialogue between representatives of movements for civil rights, peace, Black Lives Matter, feminism/gender struggles, labor, environment and election protection. 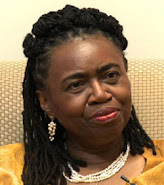 Dr. Gwendolyn Zoharah Simmons, Ph.D. is a long time Civil Rights, Human Rights and Peace Activist. She began her social justice activism as a college student in the 1960s Sit-In Movement in Atlanta, going on to work full time with SNCC in Mississippi, Alabama & Georgia. Zoharah was also staff of the American Friends Service Committe (AFSC) for 23 years. She recently retired from 20 years teaching Religion, African American & Women Studies at the University of Florida in Gainesville. @GZoharah

Jay Craven was a campus activist in April 1970 who was elected student body president of Boston University’s College of Liberal Arts.  He was selected to travel to Vietnam during the fall of 1970 as part of the U.S. National Student Association’s Peoples’ Peace Treaty delegation - and he then spent the winter and spring traveling the country to speak about the Peace Treaty and organize for the May Day 1971 civil disobedience demonstrations where more than 12,000 people were arrested, based on the call, “If the Government Won’t Stop the War, We will Stop the Government". Craven was arrested on May 4, 1971 at the Justice Department action and, on Wednesday, April 28th, Craven and four other May Day organizers testified to the U.S. Senate Foreign Relations Committee - discussing the imminent May Day actions and proposing solutions to the war in Vietnam. based on the principals of the Peoples Peace Treaty.   Today, Jay is a Vermont-based arts activist and independent narrative filmmaker. He teaches screenwriting and film directing at Sarah Lawrence College. 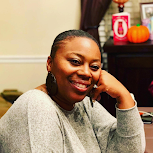 Shahidah dedicates much of  her time and efforts to uplifting community and fighting for the rights of the disenfranchised and truly believes no one is free until we all are free.

Sara Matthiesen,:Assistant Professor, George Washington University works on modern U.S. history, with an emphasis on gender, race, sexuality, and reproduction after 1945. Her current book, Reproduction Reconceived (University of California Press), examines battles over the right to family making since the 1970s. This project traces a number of debates between activists and public institutions in order to understand how family making was reconceptualized as a choice by the end of the 20th century. Matthiesen has taught courses on the history of reproductive politics, the history of criminal sexualities, feminist theory, and critical legal theory. Prior to joining the faculty at George Washington she was a Presidential Postdoctoral Fellow at Brown University. Matthiesen also teaches in the Women's, Gender, and Sexuality Studies Program at the George Washington University.   sara_matthiesen@gwu.edu   https://history.columbian.gwu.edu/sara-matthiesen 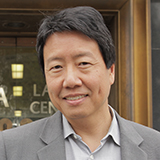 Dr. Kent Wong is the director of the UCLA Labor Center, where he teaches courses in labor studies and Asian American studies. He previously served as staff attorney for the Service Employees International Union. He was the founding president of the Asian Pacific American Labor Alliance and of the United Association for Labor Education and is currently vice president of the California Federation of Teachers.   He is the editor of "Nonviolence and Social Movements: The Teachings of Rev. James M. Lawson Jr."   https://www.labor.ucla.edu/kent-wong/ 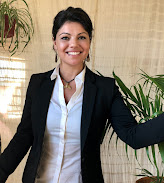 Georgia Faye Hirsty has been working in the environmental justice movement for 10 years, particularly focused on the use of non-violent direct action as a tactic for change. She has been working with Greenpeace since 2007 both nationally and internationally.  Her work is deeply rooted in the understanding that the fight for justice necessarily includes solidarity with every fight for justice, and that addressing the intersections of oppression is a necessary part of dismantling it. She is also the cofounder and director of Frailty Myths, a national organization that uses unique experiential and intersectional learning models that pair the vulnerability of DOING with facilitated conversations around oppressive systems. This creates space to heal from and replace toxic narratives with constructive ones. Frailty Myths workshops are built around allowing participants to ​practice​ being in the world we are trying to create.

Dr. Stephen Zunes is a Professor of Politics and International Studies at the University of San Francisco, where he serves as coordinator of the program in Middle Eastern Studies. Recognized as one the country’s leading scholars of U.S. Middle East policy and of strategic nonviolent action, Professor Zunes serves as a senior policy analyst for Foreign Policy in Focus project of the Institute for Policy Studies, an associate editor of Peace Review, and a contributing editor of Tikkun.   http://stephenzunes.org/

John McAuliff is the founder and executive director of the Fund for Reconciliation and Development and coordinator of the Vietnam Peace Commemoration Committee.  As a student at Carleton College, he organized support for the Student Nonviolent Coordinating Committee and participation in the Mississippi Summer Project of 1964.  After serving in the Peace Corps in Peru, he became the first President of the Committee of Returned Volunteers, leading its participation in the anti-war movement, including the demonstration at the Chicago Democratic Convention.  He represented CRV in national anti-war coalitions and the U.S coalition at international conferences in Sweden.  For ten years he directed the Indochina Program in the Peace Education Division of the American Friends Service Committee, traveling on its behalf to Hanoi with a delegation that arrived on April 30, 1975, the last day of the war.  In 1985 he founded the Fund for Reconciliation to continue his AFSC work for normalization of relations with Vietnam, Laos and Cambodia.  After that was accomplished in 2005, he refocused most of his work on a similar goal with Cuba.  He was "detained" at the March on the Pentagon and the Mayday action.

"I've Got the Light of Freedom: The Organizing Tradition and the Mississippi Freedom Struggle"       by Charles M. Payne

"Eyes on the Prize"  The documentary TV series that told  the story.

"Direct Action: Protest and the Reinvention of American Radicalism"
A book by L.A. Kauffman
"Washington, DC protests against the war in Vietnam (Mayday), 1971"
https://nvdatabase.swarthmore.edu/content/washington-dc-protests-against-war-vietnam-mayday-1971
"Time is Running Out"
The organizing film about May Day and the Peoples Peace Treaty
https://vimeo.com/user13347089/review/455214871/ab24692c94
"MayDay Raw"
two minute trailer, 66 minute video  https://vimeo.com/ondemand/mayday1971raw
"The Whole World is Watching"
A film produced by the International Association of Chiefs of Police
https://www.youtube.com/watch?v=pQzgchtpUFc

"From #BlackLivesMatter to Black Liberation"

"When They Call You a Terrorist"

"Freedom is a Constant Struggle"

"Woman Suffrage and the 19th Amendment"

Beginning in the mid-19th century, several generations of woman suffrage supporters lectured, wrote, marched, lobbied, and practiced civil disobedience to achieve what many Americans considered a radical change in the Constitution. Militant suffragists used tactics such as parades, silent vigils, and hunger strikes.  Documents from the National Archives

Over 136,000 GM workers participated in a sit-down strike in Flint, Michigan.

"Hershey’s Once Violently Suppressed a Strike by Chocolate Workers"

Annoyed at a sit-in by workers, Hershey’s orchestrated a riot.

"Mike Garcia and the Justice for Janitors Movement"

This book traces Mike Garcia’s roots from a Mexican American, working-class family and captures his visionary leadership of the Justice for Janitors campaign that transformed his union and the US labor movement.  Edited by Kent Wong, David Huerta, Victor Narro, Hugo Romero, and Marice Rafael Magaña   https://books.labor.ucla.edu/garcia

"The Election That Could Break America"

If the vote is close, Donald Trump could easily throw the election into chaos and subvert the result. Who will stop him?

by Barton Gellman, The Atlantic

"Is Trump Planning a Coup d’État?"

Many observers—including Republicans—worry that he is. They’re organizing now to stop him.

By Sasha Abramsky, The Nation

"The Left Secretly Preps for MAGA Violence After Election Day"

The progressive coalition Fight Back Table has been meeting to game out what happens if Joe Biden doesn’t win by a landslide. It’s not pretty.

by Sam Stein, The Daily Beast

Defeating Trump’s “law and order” strategy will mean creating a plan to win based on our strengths and his weaknesses.

"Some Protests Against Police Brutality Take a More Confrontational Approach"

The protests are moving into white residential neighborhoods, where activists demand that people choose a side."

Training and Analysis,  Participation Pledge here with links to "10 Things You Need to Know to Stop a Coup", “How to Beat an Election-Related Power Grab”, "Transition Integrity Project Report", "Hold the Line: A Guide to Defending Democracy"

The Student Nonviolent Coordinating Committee (SNCC) Legacy Project (SLP) was begun to preserve and extend SNCC's legacy. Although SNCC the organization no longer exists,  its legacy continues and is brought forward in ways that continue the struggle for freedom, justice and liberty.

A project of the Vietnam Peace Commemoration Committee  www.vietnampeace org

Producing and publicizing this webinar on Zoom has cost VPCC about $1,000

Tax deductible contributions are very welcome and can be made on-line by clicking here or by check to Fund for Reconciliation and Development, 64 Jean Court, Riverhead, NY 11901 "VPCC"