Webinar: Crimes of War in Vietnam

and Remembering the Crimes of War 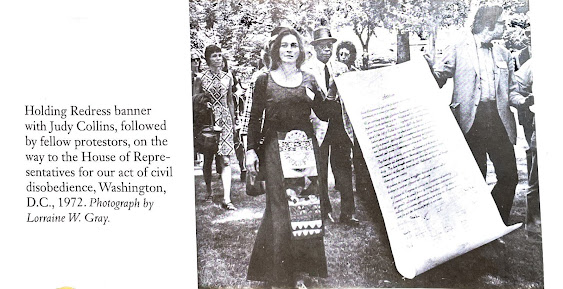 Fifty years ago, 1972, was a critical time in the U.S. peace movement’s struggle to end the US war in Indochina. The movement and an increasingly critical media created pressures that led to the signing of the Paris Peace Agreement in January of 1973.

Richard Nixon had campaigned for re-election on his “secret plan” to end the war, which in reality was to devastate North Vietnam so that Saigon would agree to an American peace treaty with Hanoi.

The US had been violating laws of war for years by using chemical weapons such as napalm and Agent Orange against civilians and forced relocation of rural populations.  But the Pentagon in 1972 expanded its methods and targets to include mining the Hai Phong harbor and bombing North Vietnam’s dikes and dams essential for rice cultivation. The Pentagon’s efforts culminated in the Christmas bombing of Hanoi, including Bach Mai, the country’s primary teaching hospital.

Responding to the escalation of military violence, a small group of US academics, lawyers and other activists created “Project Redress” in 1972.  They decided to “petition their government for the redress of grievance” for US war crimes in Vietnam. Hundreds of American academics, writers, lawyers, poets, actors, religious leaders, and intellectuals pledged to come to Washington and to remain in the Capital until their grievance was heard or they were arrested.

In 2022 while US officials and the media debate holding Russia responsible for war crimes in Ukraine, this webinar offers an opportunity to reflect on the history of our own war crimes that led to the Redress campaign of civil disobedience.  It will consider the responsibility of all people to hold their government accountable for war crimes committed in their name.

Prof. Carolyn Rusti Eisenberg, VPCC Board, Professor of US History and American Foreign Policy at Hofstra University. Her new book, Fire and Rain: Nixon, Kissinger and the Wars in Southeast Asia, is being published December 2022 by Oxford University Press.

Dr. Robert Jay Lifton, one of the original organizers of Project Redress. Lecturer in Psychiatry at Columbia University, Distinguished Professor Emeritus of Psychiatry and Psychology at the City University of New York    He is holding the right side of the banner in the photo above.

Cora Weiss, Past president of the International Peace Bureau.  Co-founder of the Committee of Liaison with Families of Servicemen Detained in North Vietnam and arrested in conjunction with Project Redress.

Richard Falk, one of the organizers of Project Redress, is Albert G. Milbank Professor Emeritus of International Law at Princeton University; Chair of Global Law, Faculty of Law, at Queen Mary University London; Research Associate the Orfalea Center of Global Studies at the University of California, Santa Barbara

"Was My Lai just one of many massacres in Vietnam War?"

"In the Name of America"  an essay by Rev. Richard Fernandez about the book published by Clergy and Laity Concerned About Vietnam in 1978, read it here    https://vnpeacecomm.blogspot.com/2022/11/calcav-1968-in-name-of-america.html

Chapter on Redress in "Home from the War" by Robert Jay Lifton    https://vnpeacecomm.blogspot.com/2022/11/robert-jay-lifton-on-redress.html

"Kill Anything That Moves: The Real American War in Vietnam"  by Nick Turse

Is this being Livestreamed and if so Where?

Would be nice to discuss President Kennedy’s October 1963 order “NSAM 263” to start the withdrawal from Vietnam.  What would the Sixties have been if this had been implemented?

Can someone talk about the Bertrand Russell War Crimes Tribunal which met twice as early as 1967 and icnluded delegartes Dave Dellinger, Carl Oglesby, Kwame Toure (then Stokeley Carmichae)l, as we as De Beauvoir, Sartre, and other representavies of the world left?

I completely agree with what your are saying but how can we carry on anymore in the world where the western nations  elites have and are Palestine, Just about ever nation in the middle east, Africa, Caribbean, the island communities, South America, all of our indigenous peoples and people of colour invading, controlling, dictating, sanctioning, murdering and torturing these countries?

Could the panel please comment on whether the Bertrand Rusell War Crimes Tribunal on Vietnam with Jean Paul Satre as co-chair made an impact on them and on international opinion at the time it was held in the late Sixties and early 70’s? Did any of them participate?

It is an example of international civil society taking an action.

Did any American civil society groups organize a US War Crimes Tribunal on Vietnam War in the US?

U.S. 19th century foreign policy was definitively spoken to in 1873 with President Grant's 2nd inaugural Address when he said, "...the Aboriginals shall become educated and civiliized or face War of Extermination," which occured technologically in 1890 at Wounded Knee with the gatling guns.  Wouldn't it be better to address modern technologically-driven war preparations by making references to these kinds of earlier historical examples rather than pursuing, say, the vulnerability of Critical Race Theory to the weaponization of that "debate" raging in the schools in this moment?

But the US and EU and Britain and Canada have kept doing this and never blinked an eye because there is not consequence for leaders & military leaders who set up wars,  commit war crimes, destroy infrastructure, water and land resources, poison deliberately poison all food & water, torture and maim and destroy all cultural sites

Is there any list; complication of "war crimes" committed by US forces in Vietnam.

One critical aspect of war crimes, in Viet Nam, Isarel/Palestine, and the Middle East is racism. Degradation, numbness about cruelty, is rooted a great in racism

20:08:13               From  Andrea Libresco : Part of the reason students haven't heard of war crimes and the resistance to them is that their teachers are racing through the 1970s-present in the last couple of weeks of the school year; any in-depth, nuanced discussion of wars in the last 50 years is completely lost.  And the teachers are products of that school system where they didn't learn the in-depth, nuanced history, themselves. -- a former public school history teacher

20:14:16               From  Mark Robinowitz   to   Hosts and panelists : Thanks - it wasn’t a “speech” - it was an order from the President.  National Security Action Memo 263.   Reversed immediately by LBJ after JFK was extrajudicially removed from office.   Late in his life, Robert McNamara admitted this was the situation.   Recommended is “JFK and the Unspeakable” by peace activist James Douglass.

20:28:12               From  Terry Murray : Re what John just said - definitely a topic for further discussion: American exemption from international justice and/or in the case of Vietnam - unwillingness to pursue action against the U.S.

20:30:18               From  barbara wien : It is a terrific meeting. Just as our remarkable speakers taught us tonight, I want people on this Zoom meeting tonight that I am working with a very large network of Russians who are resisting the war in Ukraine.  They are from many walks of life and are working to undermine Putin's pillars of power.  They are sending many millions of antiwar messages to their fellow citizens inside Russia.